13 the September - the opening night of "Undone", Amazon Prime Video 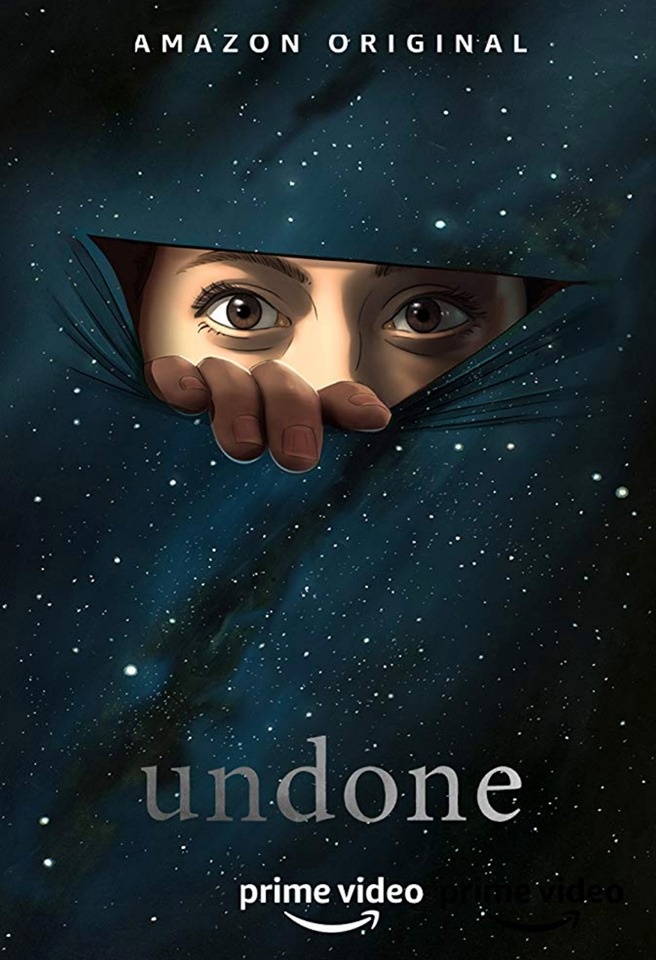 Undone - Animation, drama, fantazy.( Raphael Bob-Waksberg, Kate Purdy) is a half-hour, genre-bending, animated dramedy that explores the elastic nature of reality through its central character, Alma ( Rosa Salzar), a twenty-eight-year-old living in San Antonio, Texas. After getting into a car accident and nearly dying, Alma finds she has a new relationship to time. She develops this new ability in order to find out the truth about her father’s death. Animation dedicated for adults, consisted eight epizodes. Amazon Prime Video commision was created by studio Tornante in Los Angeles, Submarine studio in Amsterdam for which I with my wife was doing works like a "freelancer artists"

At may last year, when I was yet working at my own projects at Poland, I have got invited to do specalistic tests, needed to proceed an artistic project Undone in Amsterdam. I went through the tests with positive result and I have got choosen from among many other applicants, to work on the post of virtuoso of painitng with Dutch artist and director ot this show Hisko Hulsing. From day to day  together with my wife had to move to Amsterdam in Netherlands.  At finnaly result, it turns out, that we manage to work together with my wife in this project, after 1.5 month in Amsterdam, when the Submarine studio was still looking for last highly skilled persons, who could keep up with this project, I presented portfolio of my wife to Hisko Hulsing - he really liked it, and invited Ewa to do specific tests. She manage to passed all the test with great result and join our team as a ninth person of our painting crew. We worked together with Hisko Hulsing and proceeded directly his orders. Also we worked with other painters that were highly skilled, with developed worhshop, talented and well-known artist from different part of the europe who also painted backgrounds to this animation series. We have met a lot of talents from other departments - Animators 2d, 3d artists, concept artists and more. During the production studio from wich we worked, Submarine in Amsterdam were visited by such a persons like Michael Eisner - former general director of The Walt Disnet Company ( 1984-2005), few times Noel Bright who was responsible among others for well-known series "Friends", they were people from sudio Tornante in Los Angeles, who was also responible for creating these series. In Amsterdam we were working for Bruno Felix, Alex Dowding, Tommy Palotta from Submarine. We met a lot of wellknown and great artists from the world of animation and film industry. Soon apart from the movie we will be able to presented our backgrounds we have done by last year ( around 100 new paintings to show, I will be able to create new painting category - Film backgrounds). I invite you to see the trailer on the link below, and also to watch whole series on Amazon Prime Video. The opening night ot this series is on 13 the september 2019 !

If you have any questions, feel free to contact me via email or social media


If you want to be up-to-date, please leave me your email. I'll respect your privacy